I partnered with ARTICLE22. The words on there - be good - my dad, he signed all his letters home from the Vietnam War with the words be good. Every single one said be good, Steve. That's the purpose I took from my trip, from the Ho Chi Minh Trail, is be good. Interpret that however you want. Hopefully this company will close because they won't have anymore material to work with eventually, because it will be gone. It will all be used. It is taking something devastating and horrible and making it into a beautiful reminder. 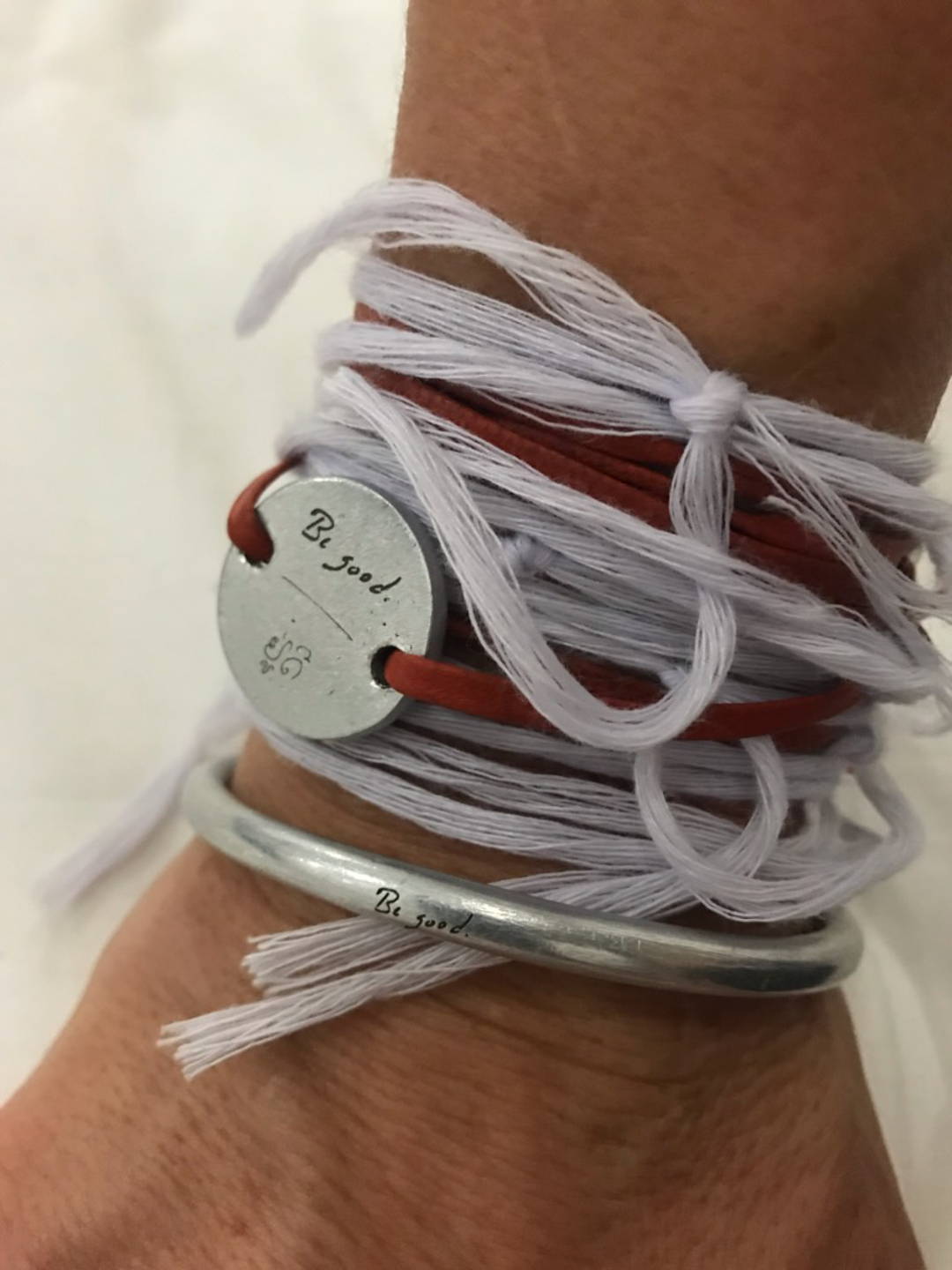 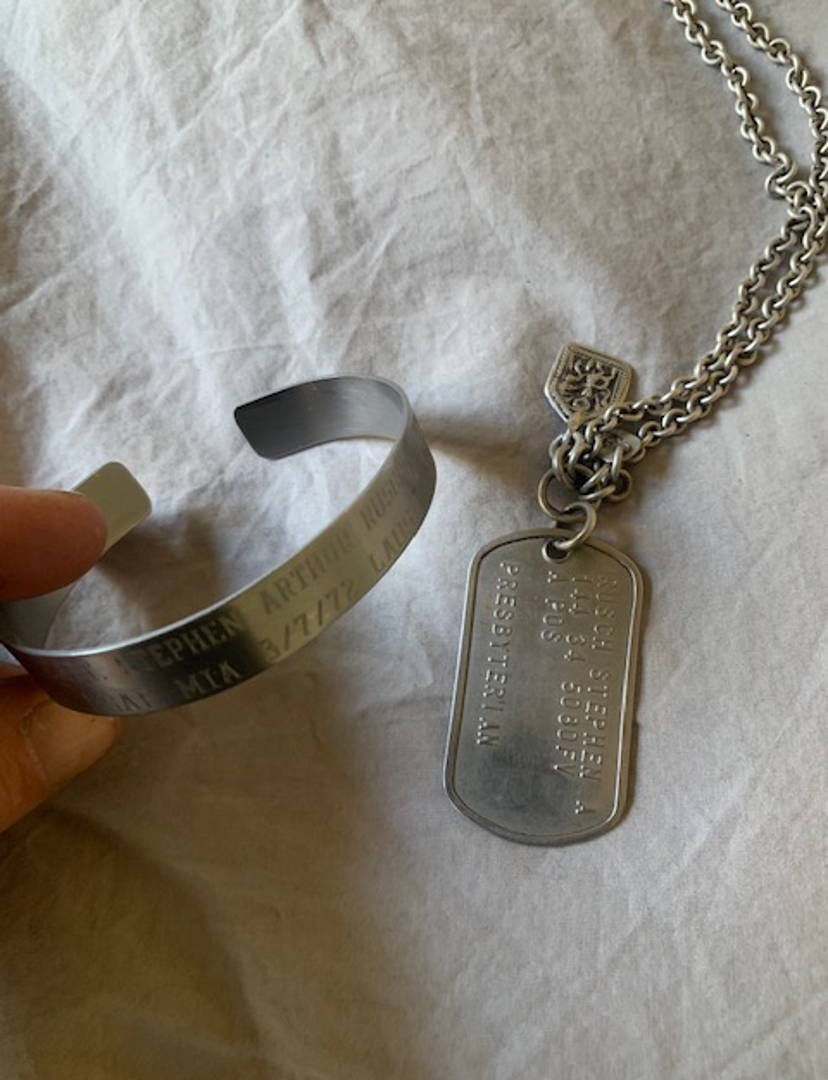 The bracelets remind me of the MIA bracelets... missing in action is what MIA is. I think it was the US Postal Service that did a big campaign during the Vietnam War with bracelets. You could wear aluminum bracelets engraved with someone's name who was missing with their rank and the date they went missing. And people would wear these bracelets for strangers. I have had people reach out and be like I wore your dad's bracelet until the day he was found. It was a really amazing program. And these new, sort of happier aluminum bracelets, they kind of remind me of that... To look down at something and have a remembrance... How do you bring back those memories and what you learned somewhere and have it in your life as a daily reminder. And to me the bracelets - you look down, they jingle, you think about what is this made of, who made it, and can we clean up all of it so it's gone. 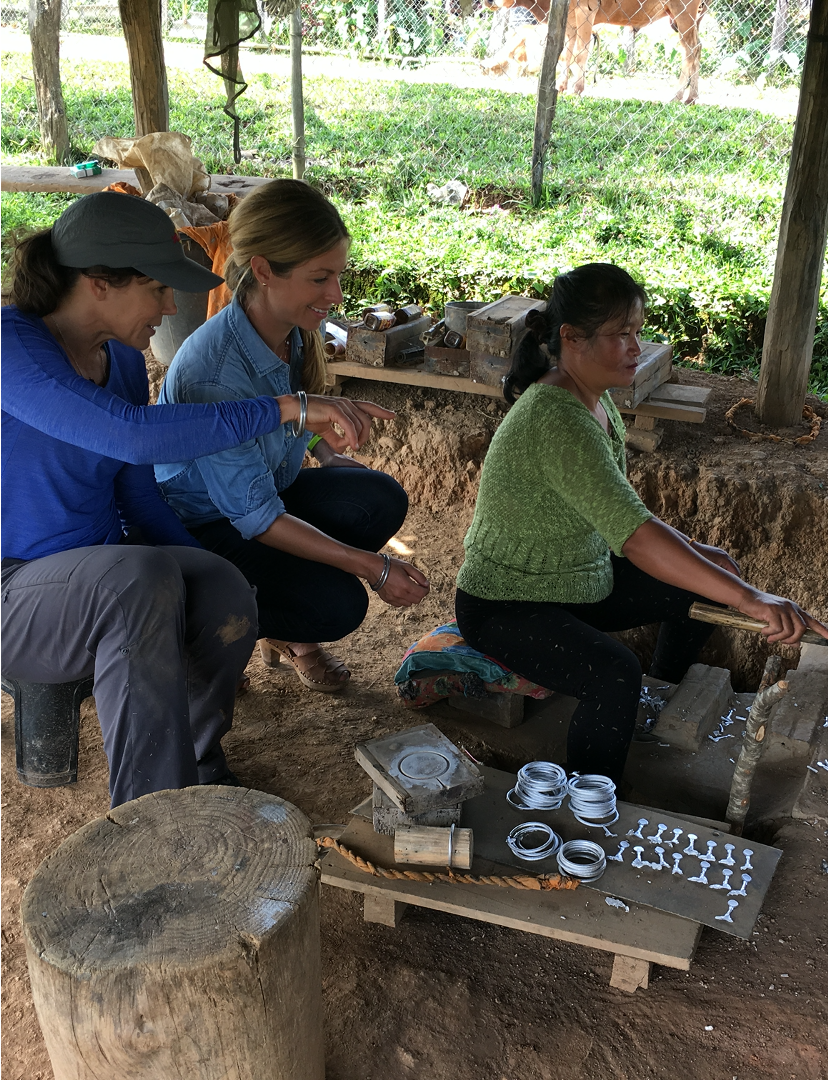 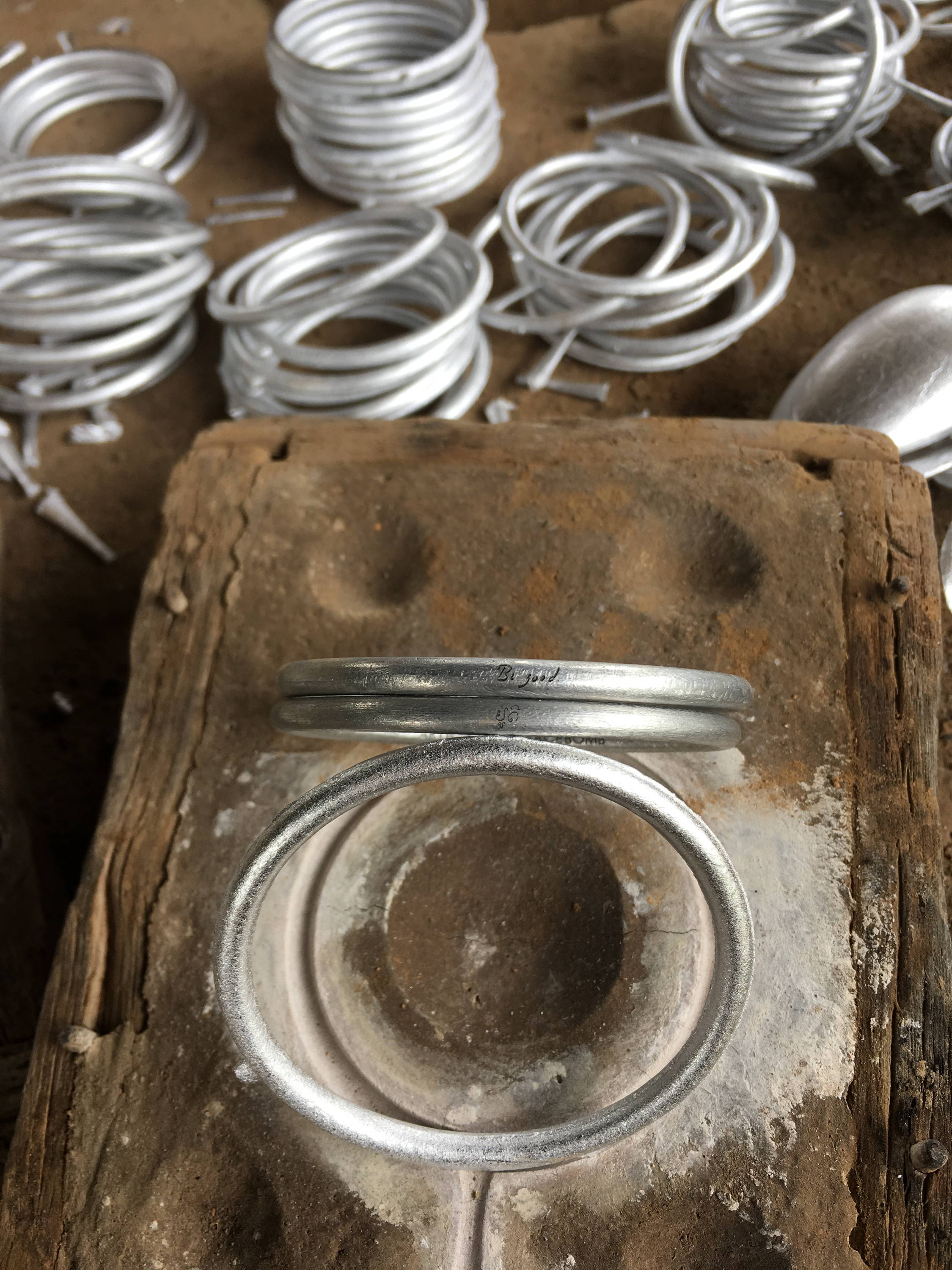 Every bracelet clears 12.5 square meters of land in Laos, in my dad's name, through my foundation. I now have a the Be Good Foundation, just became official 501c3. It's been a process but I'm taking my bike, this film, and these bracelets as a way to use my bike to make a difference. That can involve adventures, or bracelets, or movie tours. It's actually super exciting that "my business" has evolved into still feeding my soul with adventuring and cycling, but now this who bigger part of it which is to help people heal by riding a bicycle.

Listen to Rebecca's full interview on The Rich Roll Podcast.

Rebecca rides 1,200 miles down the Ho Chi Minh Trail to find her father's crash site - where Captain Rusch's plane went down in Laos during the Vietnam War. After discovering the legacy of war in Laos that left the country with 80 million unexploded bombs, Rebecca is determined to use her bike and her platform to do something about it. She teams up with ARTICLE22 to create the be good bracelet that celebrates Captain Rusch's last words in his last letter home to his family in order to raise funds for MAG (Mines Advisory Group) to clear unexploded bombs to make it safe for Lao to live, farm, and play. 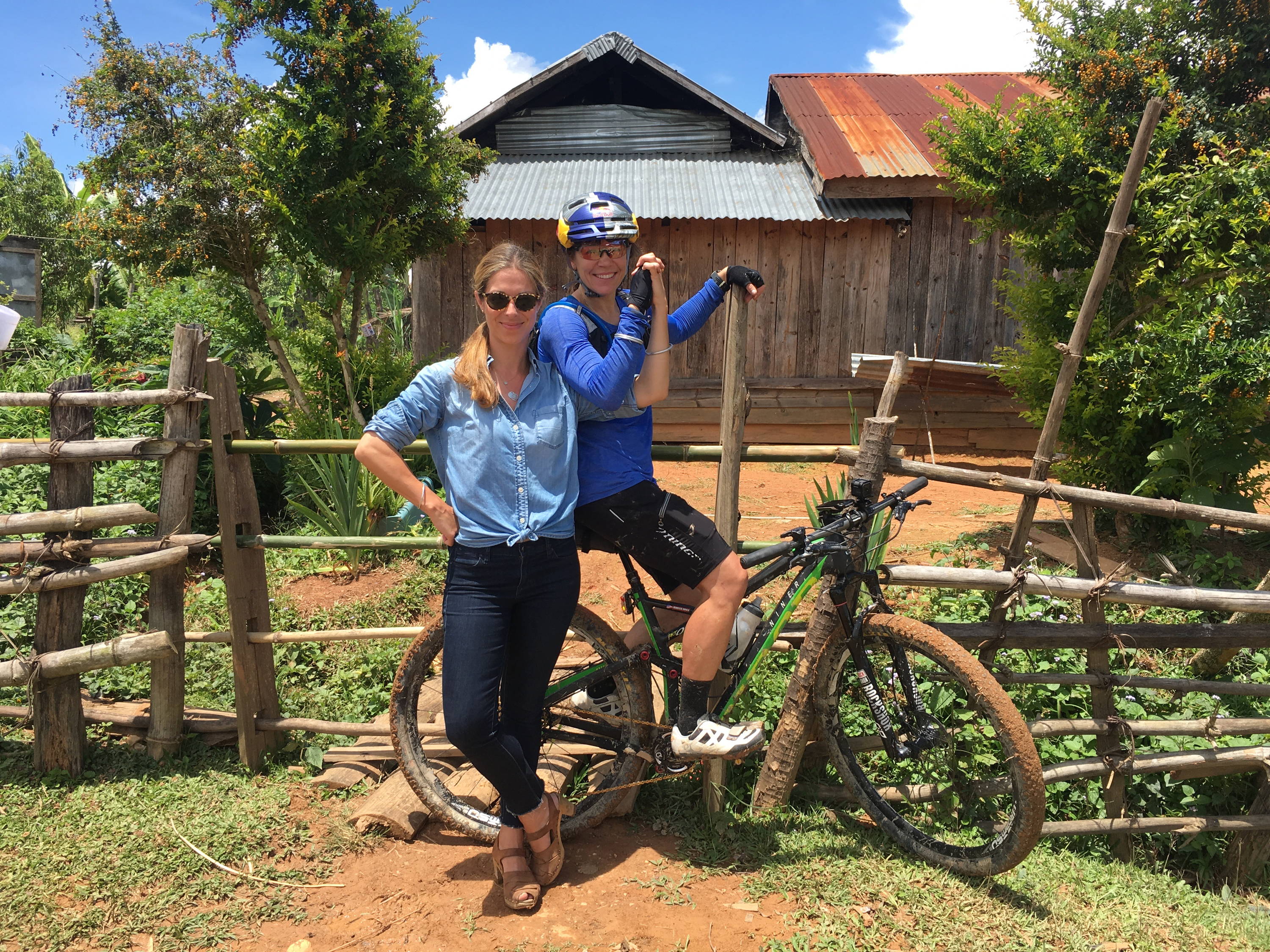 Back to New Storytelling - LIVE Interviews